FREE SHIPPING ON ORDERS OVER $50

Your cart is currently empty.

GET A LAPTOP STICKER IF YOU BUY A SHIRT AND TUMBLER! 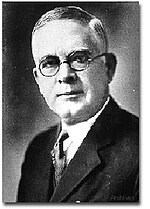 "Florida Blue Key was founded on November 1, 1923, several days prior to the University's Homecoming celebration. At the suggestion of President Albert E. Murphree, Bert C. Riley, Dean of General Extension, brought together a group of student leaders to form an organization which would recognize leadership and promote service to the University. Among the duties assigned to Florida Blue Key were playing host to campus visitors and to be at the call of the President of the University for any duty designated by him.

In this respect, Blue Key was given the task of planning and executing Homecoming activities that year and has continued to lead this activity ever since. Also included in the 1923 Homecoming was Dad's Day, a time for parents to visit and acquaint themselves with campus life. Dad's Day and Homecoming were held concurrently until the 1930s.

The organization quickly became so popular that Blue Key spread to colleges and universities across the country.